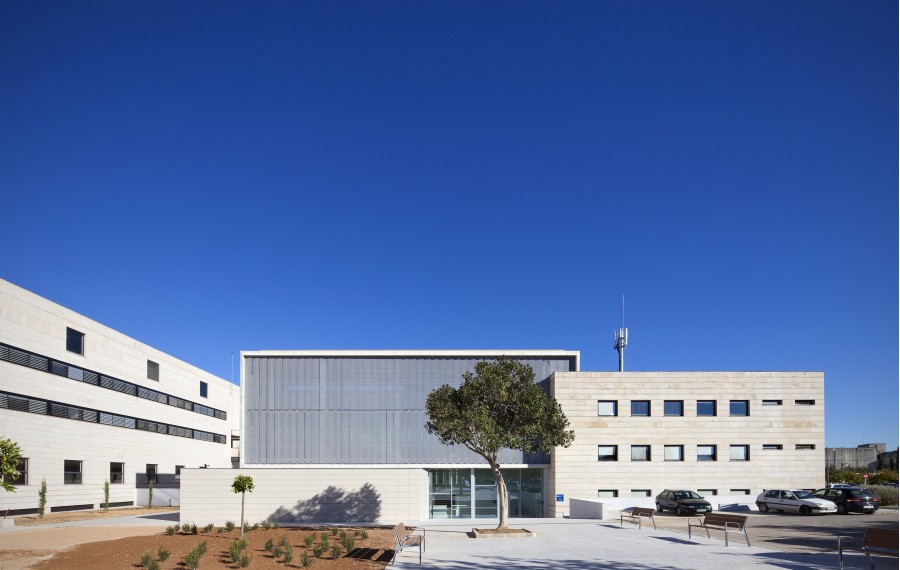 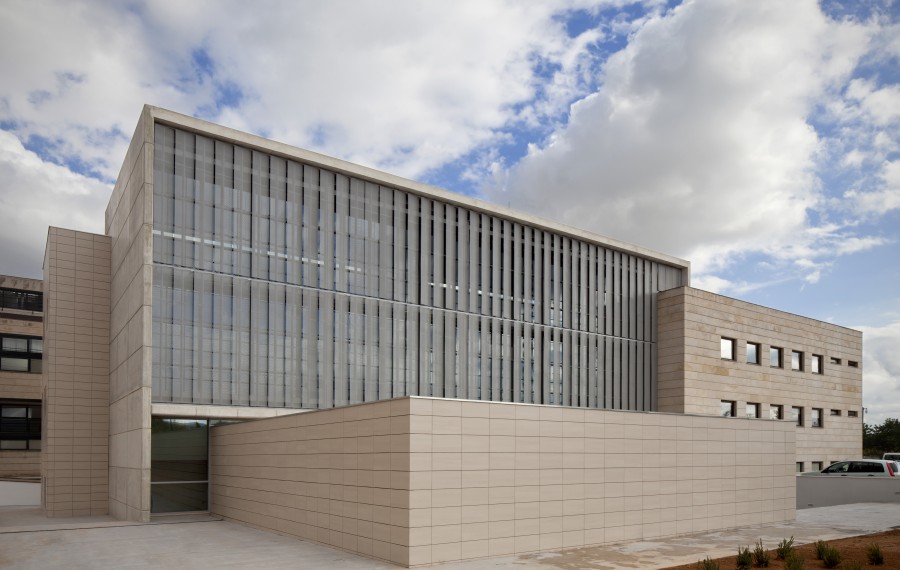 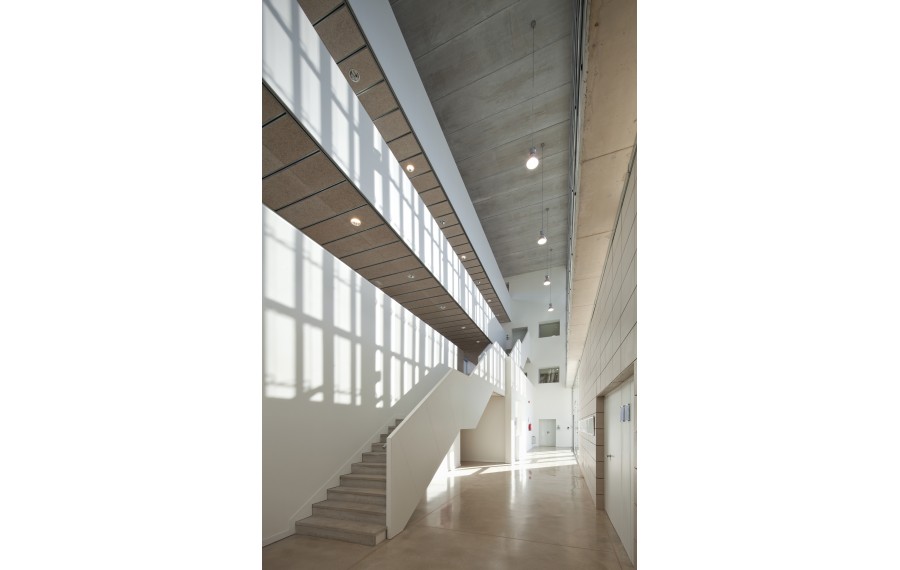 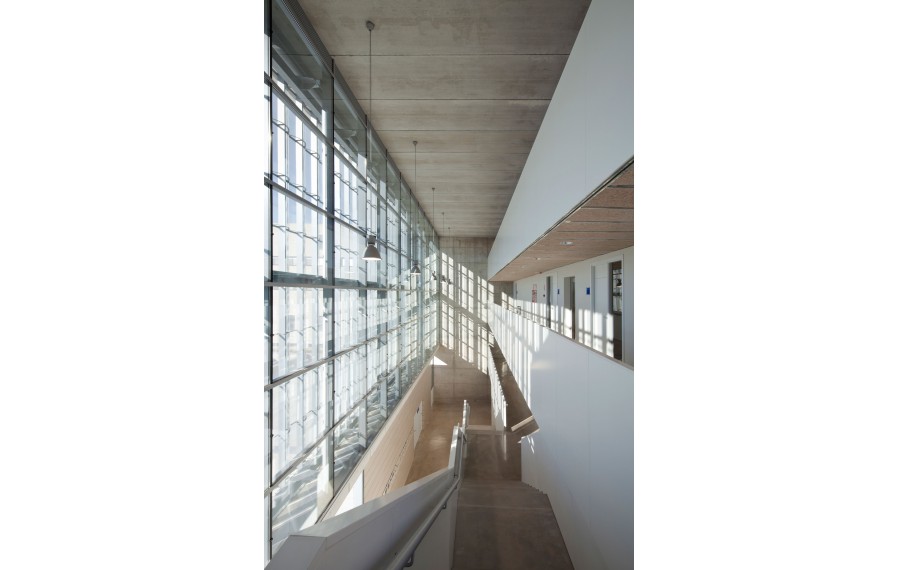 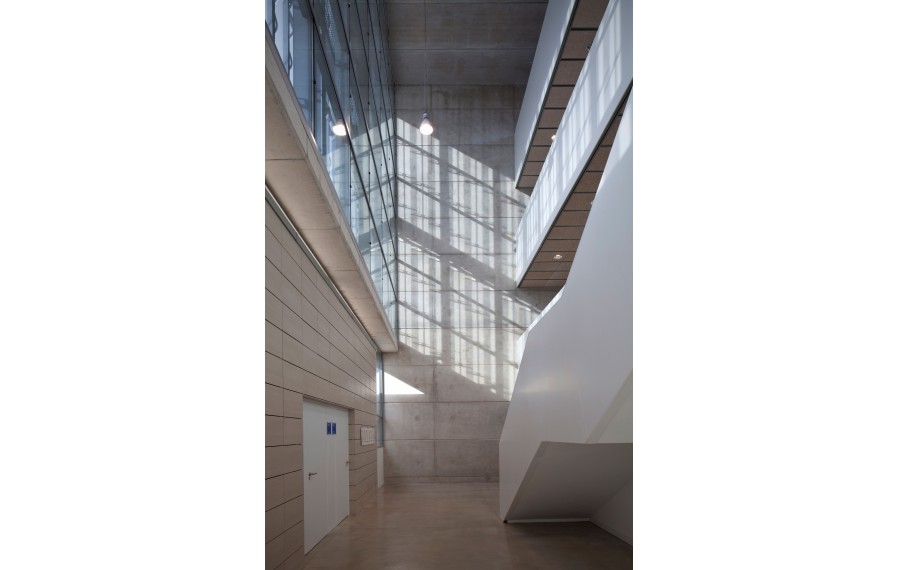 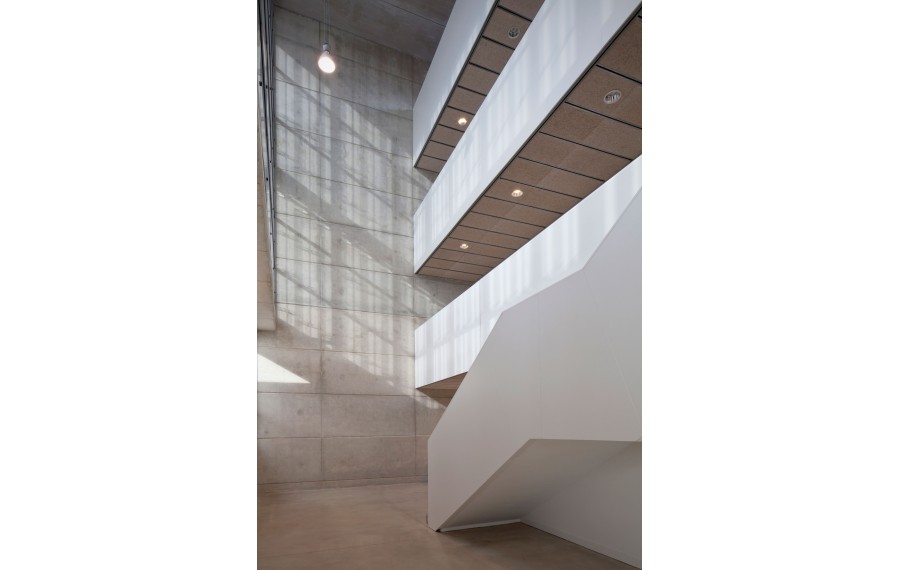 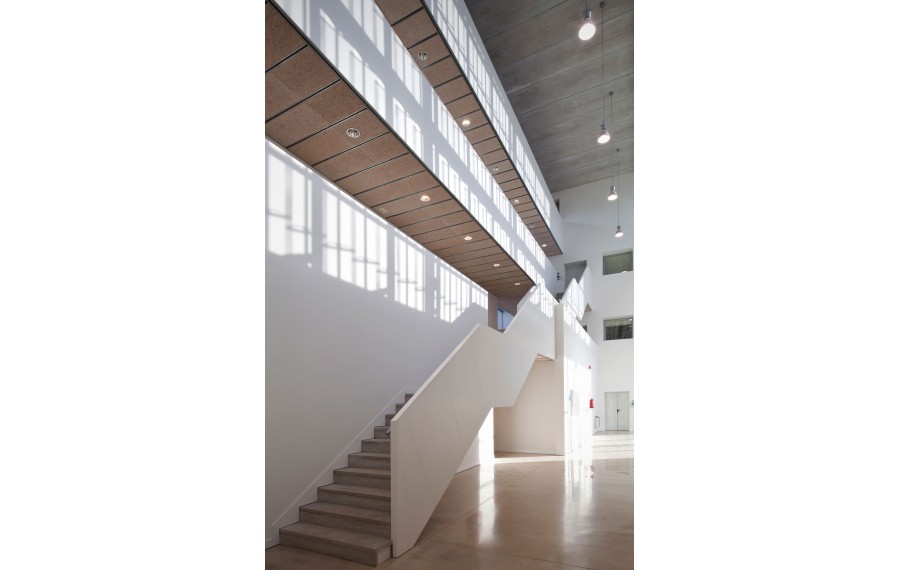 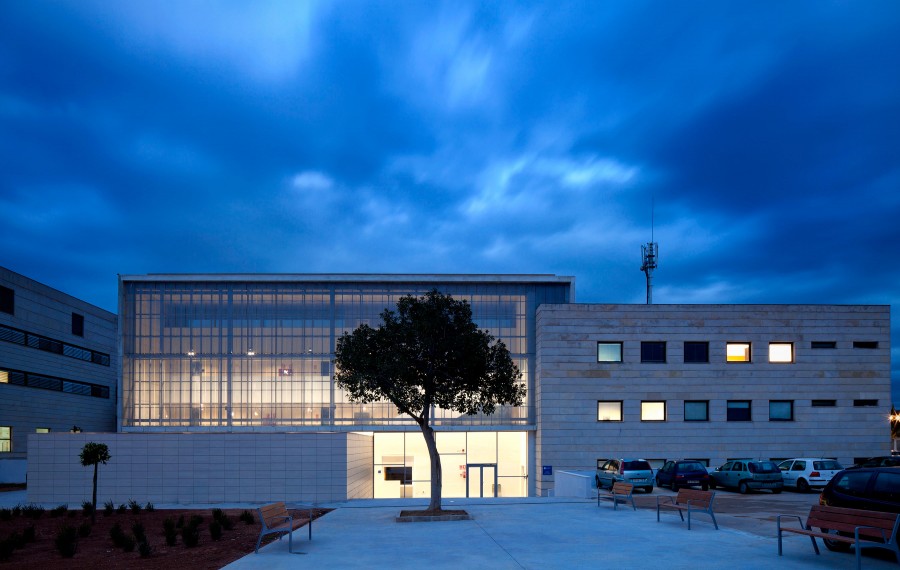 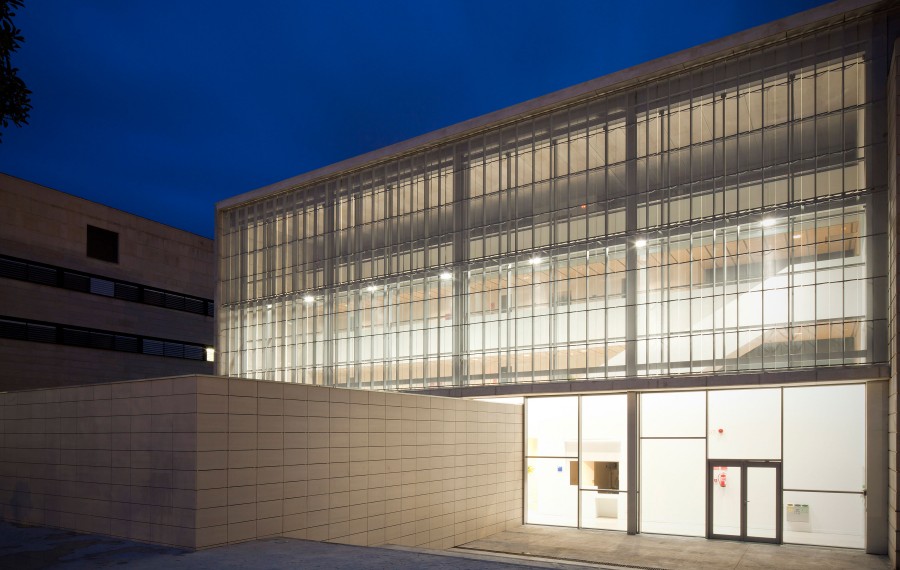 The proposal was to avoid the new building being seen as an addition to the existing one, hence we projected a building that falls in line with the current one embracing it to give the impression that both form a single building, a more complex volumetric element.

To obtain this appearance we followed the strategy of continuing completion of the existing building adapting a series of regular elements merging into what looks like a gigantic game of Doctor Froebel´s geometrical shapes.

The building does not provide a core space for communication that relates it meaningfully to other floors, creating a grand lobby that vertically unifies all levels of the building through a staircase running from the ground floor to the top floor acting as unity using this sculptural element as a focus point of reference.

The proposal clearly shows the new entrance of the building, serving as meaning and representation. At the same time the façade acts as an element that takes advantage of natural energy sources, through a curtain wall system.

This website uses its own and third-party cookies to a) improve navigation b) obtain statistical data from it. For the use is accepted and if you do not want to, you can configure the browser according to our Privacy and Cookies Policy.